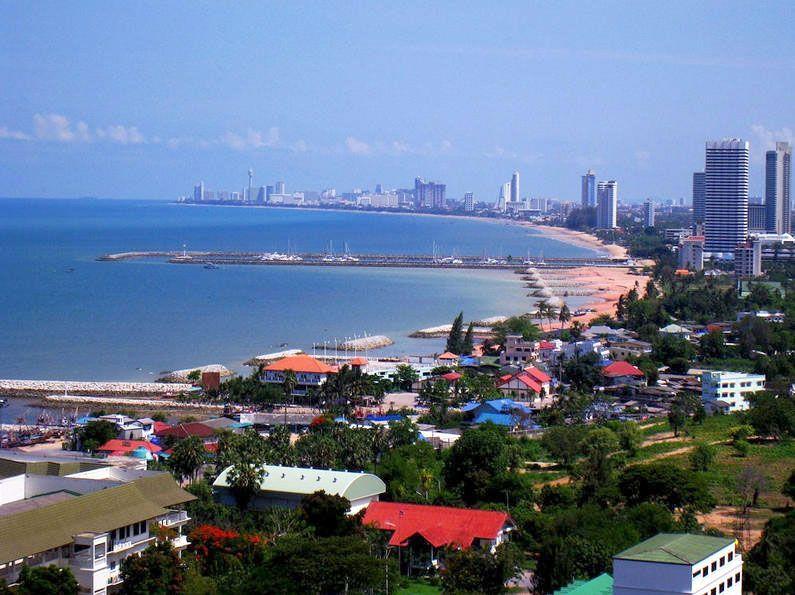 When is a condo not a condo?  If you find yourself facing such a conundrum, it is highly probable you are in Thailand.

Everyone who has visited Asia has probably purchased at least one bootleg item.  A fake Ralph Lauren shirt? A pirate DVD? A Rolex perhaps?  And none of us are surprised when the buttons fall off the shirt, the Special Features don’t work on the movie and the watch turns your arm green.  The truth is, these aren’t even copies of quality products, they’re one-dimensional cardboard cut-outs.

And so it is with condos in Thailand.  For some developers, if it looks like a condo, then by God it’s a condo! I’m not sure how long the idea of condominiums has been around in Thailand, but one thing is for sure … some folks clearly don’t understand the original concept.

When I lived in the US, rarely was a condo building’s management an issue to consider. Some were naturally run more efficiently than others, but a framework of laws concerning condo ownership and management has been in place for a long time and can be strictly enforced.  What’s more, US condo laws are decidedly pro-owner.  Bad man2agers can expect little tolerance from a building full of disgruntled inhabitants.

Here in the Land of Smiles, assuming that a building’s management is okay could mean what you bought looks like a condo, but acts like a money trap.  Your ability to control the destiny of that property could be hindered or stolen away altogether.  If you are in-country for any length of time you’ll start to hear the horror stories.

This is one of them.

The Haunted Mansion of Ban Amphur

A few years ago a friend directed me to a distressed building south of Pattaya near the sleepy fishing hamlet of Ban Amphur.  There are a handful of medium-rise condo buildings with access to the picturesque crescent-shaped beach.  Some of the buildings are quite nice and well maintained; others are not.

A lot of buildings I’ve been to in Pattaya look great from the curb, but soon lose their luster when you break the plane of the front door.  The building we looked at was the opposite.  Upon arriving, I wondered if the entire 17 stories were vacant.  Not one flake of paint remained on the 8-year-old tower… it appeared to be naked and shivering on the beach.

What I found inside was quite a surprise; a big functioning swimming pool, double glass elevators, and friendly staff including a gardener who showed us around.  The décor was decidedly dated, and everything needed a coat of paint, but the sweet aroma of opportunity was in the air.

One of the staff showed us rooms we could rent and/or buy.  What we saw was an array of units ranging from bare shell to fully fitted.  Some of the balconies were bigger than my entire condo in Bangkok. One thing was constant; the view of The Gulf of Siam and Jomtien coastline was unrivaled in Pattaya.  The quiet glassy bay interrupted only by the long jetty guiding the fishing boats into the seafood market is the stuff of travel posters.  We made an appointment to meet the “owner” in one week.

We did some research on the building and found out it had been caught in the squeeze of the 1997 currency collapse.  Expansion and development in this area were in full swing when the rug got pulled out.  Of the 250+ units in the building, the original developer (“the owner”) had to eat half of them.  Early investors ended up with half-finished units they couldn’t sell.

It was a mess, but still able to limp along for the last 8 years.  There were a handful of rental tenants as well as some resident owners.  During big holidays some Thai families came to the party and eat seafood on Ban Amphur Beach.  The building was barely alive but occasionally had a pulse.  A view from the balcony revealed some buildings several kilometers north that weren’t so lucky.

The “owner” turned out to be a total Dragon Lady.  She is the quintessential Thai-Chinese matriarch, complete with a little “birdhouse” of hair and more Buddha statues in her office than the local temple.

She swamped us with butt-kissing compliments and genuflecting service from her staff.  We even got invited to a big “family gathering”.  Being Thai-Chinese herself, my assistant warned me not to be pulled into the Dragon Lady’s realm of influence.

I visited the property 5 times in all.  Each time the “owner” had a new deal for me.  She showed me architectural drawings of planned renovations.  She showed me a bid for repaving the parking lot.  She said the building would be repainted before the end of the year.  She made it sound like this beat-up old bunker was about to rise from the ashes.

Her most powerful sales tool however was the display of her earlier catch.  The Dragon Lady took special care to point out how many other foreigners had purchased units and were now renovating them to very high standards.  There was a Swiss guy living on the 15th, an Englishman re-doing a whole floor on the 10th, and a Frenchman who purchased mover 1,000 square meters to create a mansion on the roof!

I purchased a bare shell with a balcony big enough to play badminton on.  At 18,000 THB per square meter, it was worth it just to come and watch the sunset.

Eventually, I opened my wallet and renovated the place into the coolest pad I’ve ever lived (and I’ve lived in some serious pads).

It wasn’t until I met the fellow foreign co-owners that I realized I’d just joined the “Victims of the Dragon Lady” club.  Apparently, that paint job had been coming for more than a few years, the pool turned green bi-weekly and several co-owners were engaged in legal battles with this condo-Svengali.

Most importantly, no general meeting of the owners had ever been called and no balance sheets posted.   She owned the most units, she was the Juristic Person, she ran the board … it was her building.  I had been pulled into her web despite my assistant’s warnings.

Several attempts have been made to rally the farangs and somehow take over control of the building.  The barriers are many.  First of all, trying to get expats together for anything other than a free meal is like trying to herd cats.  And, even though she’s sold off a unit here and there, she still has the most votes.  We can’t win no matter how much we get it together.

Recently we learned that she had systematically mortgaged all her units and borrowed heavily from the bank.  Now it appears the bank will take over in the next six months.  We have no idea what will happen then.

I fantasize about an investing angel swooping in and turning this place into the Miami-like beachfront resort it could be.  But, if the truth be told, I’d be happy just to see a paint job.

A few of us have banded together and hired a lawyer to investigate, get us a list of the other owners, and try to be prepared when the power vacuum materializes.

For those of you reading this and saying, “Why don’t you go to court?  Isn’t that illegal?” … forgive me for laughing out loud.  The idea that a handful of foreigners are going to make any government agency impose any inconvenience on a well-connected Thai family is preposterous.  When she’s done milking this cow, she will be conspicuous by her absence.

This story isn’t all downside.  The other night my Swiss neighbor and I were sharing a bottle of wine at sunset and discussing the paradox of this building.  We live on the edge of town in really cool seaside apartments in a deserted building like something in a movie.  It’s quiet, the beach is nice, the staff is friendly … the elevator works.  If suddenly a new “owner” arrived to turn the place around, we’d all be living with tile-saws and jackhammers for the next 2 years.  That day is of course inevitable, so we embrace this skanky old building while it’s still kind of quaint.

So it’s a great place to live and the end of the management’s tyranny of neglect may be coming to an end soon.  And, for the first time, some of the foreign ownership is showing an interest in running the place.  Please forgive my optimism.

Several years ago in Phuket, I saw a condo turnaround accomplished by a fractured group of foreign owners in a low-rise that was quite successful.  Thailand has laws in place, but an unwillingness to enforce them and a lack of coordination by the owners can render the laws toothless.  A 2008 upgrade to the Condo Act is supposed to put the bite back in the law.  For yours truly, that remains to be seen.

I should point out that this example is the exception rather than the rule.  Most modern buildings in Thailand have acceptable management; some are even very professional.

In Bangkok, I actually shopped for condos based on the management company called The Unity Group.  They managed the building I lived in and were better than anything I’d ever seen in the US.  I only looked at condos in buildings under their competent umbrella.

It is important to remember, here in Thailand the responsibility of researching the management and history of a property is on the buyer. There is no MLS or handy government websites to research.  It is essential to talk to other owners or investigate other buildings under management. If you get stuck with an unsellable unit in a nightmare building, it’s nobody’s fault but your own.

When foraging for counterfeit goods in the street market, it’s simple … you know they’re fake.  When shopping for a condo, exposing telltale flaws may not be so easy.  Take your time and make sure you get a condo, not just a cardboard cut-out.