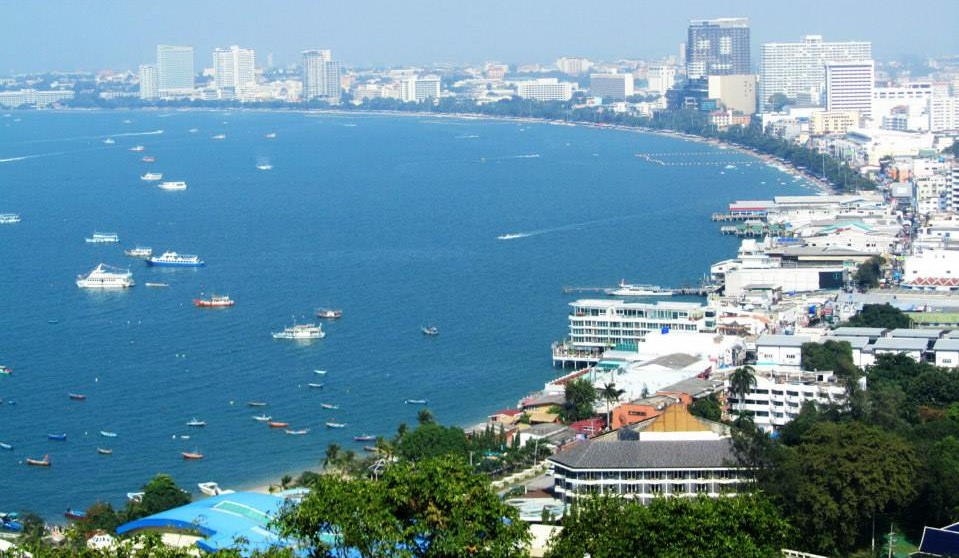 When most people think of “going ex-pat”, visions of deserted white sand beaches and quaint village markets are conjured up.  Moving to a foreign country with breathtaking scenery and warm-hearted people is an escape artist’s dream. But, don’t let the salt-spray get in your eyes … the reality of expat living requires a little more practicality.  There are plenty of roadblocks to living the good life many people don’t consider.

Language skills tend to more necessary in remote locations.  Even in the Philippines, a country widely perceived to be English speaking, a beach house in Palawan will mean you have to learn Visayan or Tagalog.  Trust me it’s not as easy as it sounds.

And, a small town is still a small town.  Anyone who’s lived in one knows there is a certain invasion of privacy.  Especially if you’re a foreigner; everyone seems to know your business.  Remember, you probably won’t be living like a native with native people … you’ll be part of the ex-pat community.  Being stuck on an island with a couple of hundred people you may not like is not my idea of paradise.  After living on the remote end of Phuket through three rainy seasons, I discovered I’m in a high-risk group for “island fever”.  We used to call it “Mayberry-by-the-sea”.

For sure a person could live without many modern conveniences, learn the language and go native; but what happens when you need medical care? With only a pharmacy/shampoo shop for first aid, a case of appendicitis could do you in before you get to an operating table hour away.

Pattaya, it’s like New Orleans, Amsterdam, and Las Vegas all rolled into one.  Nowhere on earth can a person get a massage, have a suit made, and watch orangutan boxing on the same street corner.

What Pattaya has become most infamous for is being an international sex traveler’s playground.  Due to its strategic location, Pattaya was R&R destination number one for US soldiers during The Vietnam War.  Normally such ports-of-call sprout the requisite cottage industry of go-go bars, massage parlors, and various sundry adult entertainment venues.  Pattaya’s smut sector must have somehow been exposed to radiation, as its red-light district has taken on a super-charged life of its own.

Taking an evening stroll down the 300 meter stretch of pavement known as “Walking Street” in Pattaya Beach is like being at Disneyland on LSD.  Every sensory receptor is overloaded.  You are blinded by a display of neon to rival “Glitter Gulch”; summoned by the techno-jungle sound of a thousand pulsating go-go bars; and driven mad by the irresistible aroma of Thai seafood steaming and grilling right on the street.

My advice is to sit down, have a beer, and witness, hands-down, the best people-watching on the planet.  Gauche, raunchy and unapologetic, Walking Street in Pattaya is the “dark side” Darth Vader was so crazy about.

But, judging Pattaya by this short stretch of two-lane asphalt is like visiting Times Square and saying you’ve seen New York City, or having your picture taken in front of the Eifel Tower and saying you’ve “done” Paris.

Dismissing the sprawling coastal metropolis that is modern Pattaya because one may find Walking Street’s form of entertainment repugnant is short-sighted.  You might just overlook the easiest place to live in Southeast Asia.

After living in Phuket and in Bangkok, I never thought I’d be a Pattaya guy.  Now I’ve lived just south of Pattaya near Jomtien Beach for over 3 years.  I find it easier to get up on the Eastern Seaboard soapbox every day.

As a long-time expatriate, I can say with conviction that this area is the easiest place for foreigners to live in Thailand.  Unlimited shopping, affordable housing, world-renowned hospitals, a thriving expat population,   a mind-blowing array of good food, nice beaches, acres of golf courses, and of course the legendary nightlife if that’s your thing.

Most expats have migrated to the sleepier resort beaches of Jomtien and Na Jomtien ten minutes south of Pattaya.  In high season you’ll catch all flavors of Europeans shedding their winter coats for shorts and sandals here.  Condos, hotels and all the tourist convenience abounds, but without the bump and grind of Pattaya. On long holiday weekends Bangkokians swarm south to these beaches, escaping the concrete beehive.

Large expat communities have sprouted up on the sloping hills leading down to Jomtien beach.  Housing projects designed for long stays and holiday rentals are everywhere.   New roads make it easy for residents to enjoy living near the beach without getting involved in the traffic and hubbub of the high tourist season.

Every imaginable cuisine is available in this area as there seems to be an inordinate amount of retired Chefs in the expat population. There’s Thai seafood on the beach; authentic French, Spanish, German, Russian, and Indian eateries; even American-style biscuits and gravy if you get a craving.

When you get tired of having all the comforts of home, you can drive south another 15 minutes and find yourself in a Thai fishing village complete with squid boats and temples.  In the little beachside hamlets of Ban Amphur and Bang Saray, you could go all day without seeing another foreigner, especially if you are shopping at one of the open-air markets, or munching on shrimp and watching the sunset.  (All the locals know; the best seafood comes right off the boat in Ban Amphur).

And, if you’re saturated with it all and simply must have a change of scenery, you can jump on a boat to dozens of surrounding islands, or drive to one of two airports.

Suvarnabhumi International Airport, Asia’s newest major hub, is one hour by car.  Newly anointed as an “International”, Utapao Airport is just 20 minutes from South Pattaya with daily flights to Hong Kong, Singapore, Manila, and dozens of other jumping-off points.

Two economic crises in ten years have beat the property and tourism business up enough to keep prices relatively low.  Houses and condos are a good 30% cheaper than comparable places in Phuket and Koh Samui.  Villas, high-rise, low-rise, Serviced Apartments … dozens of new projects are underway and on the market offering a truly affordable seaside lifestyle.  Rental guarantees and a variety of financing schemes are the newest twists added to attract new investors.

A second home in Pattaya or Jomtien is common among the Bangkok business elite.  And with buy-to-let investors reaping 8 to 10 percent returns, locals and expats consider the income and slow-but-sure appreciation an attractive place to park money.  The dream of “the holiday beach house that also makes you money” is alive and well here.

Just because Pattaya is a renowned beach resort doesn’t mean that’s the only business in town.  Several giant industrial parks near Laem Chabang Deep Water Port and the Port of Maptaphut near Rayong help provide a burgeoning middle class including Thai and foreigners working in the country.

Housing estates in East Pattaya are chock full of renters and prospective buyers, providing liquidity for property investors.  It’s not just a tourist stop; it’s a real city with a complex economy.

The expat lifestyle down on the Gulf of Thailand is self-defining.  You can live as “back home” as you want or go completely native if you’re into it.  Last week I watched the NFL playoff game live at 8 AM on a Sunday morning.  Instead of the traditional drinking beer and eating chicken wings, I was having a Thai breakfast of rice porridge waiting for halftime to take a walk on the beach.

When I want to plug into the rest of the planet I go to Pattaya’s big-ass six-floor beachfront mall.  When I want to disconnect from it all, I take a boat to Koh Larn and defragment.  As they say here in Thailand, “up to you”.

So; before anyone decides to go native and move to some isolated village where nobody speaks English; before you find out that you too are highly susceptible to “island fever”; before you find yourself in need of real medical care miles and miles from anything but a village pharmacy … take another look at Bangkok’s little sister down on The Chonburi Coast … the easiest place to live in southeast Asia.

Sun, Sea, Sand and Sanuk – Living the Dream in Thailand