Amazing Thailand. The dos and don’ts. The funny stuff. 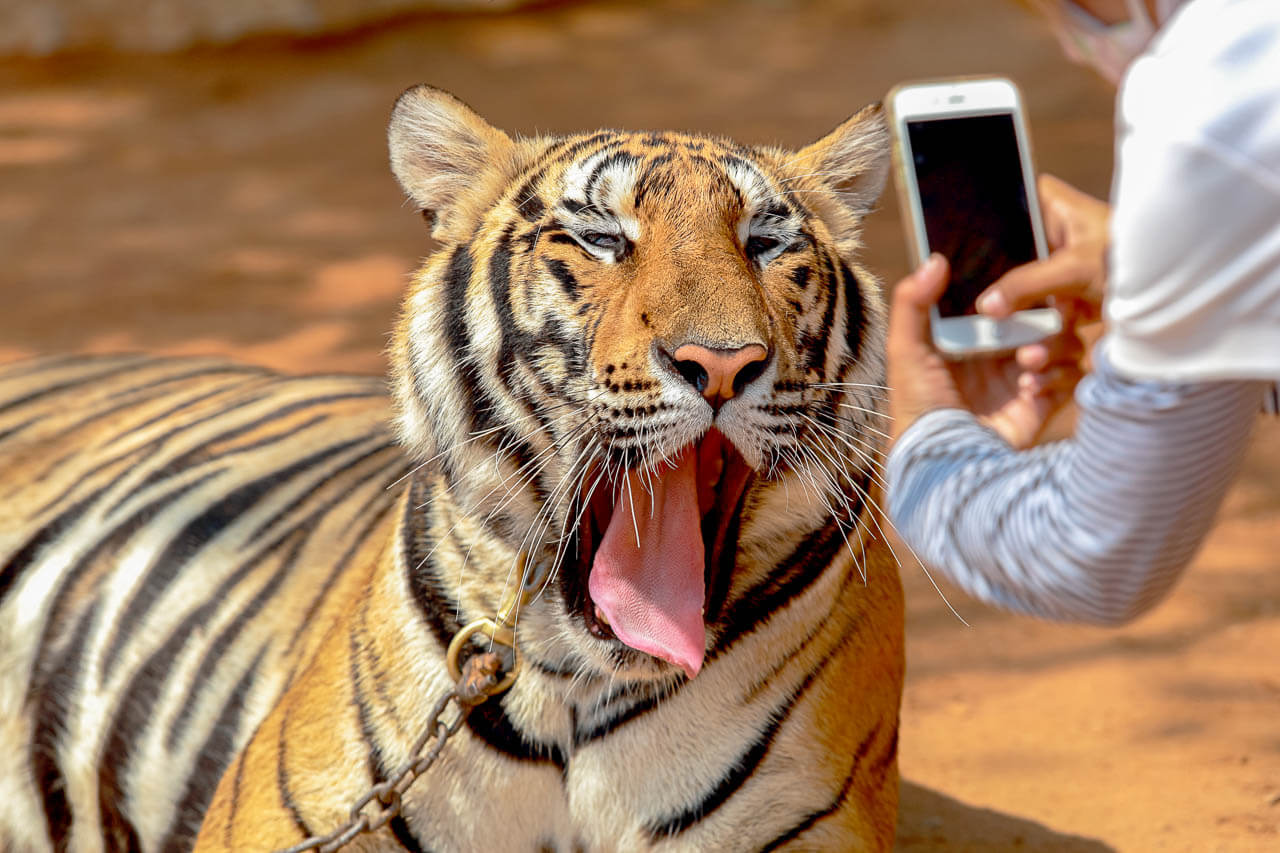 Many traditions, habits, and customs in Thailand are easy to explain.
Some are normal, standard practice. Some are not.
Let us have look at just a few. (Random order) 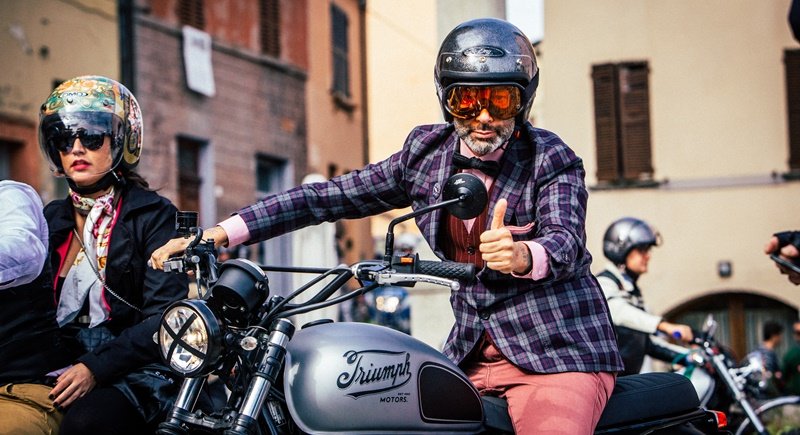 Be a gentleman in traffic.
According to the World Health Organization, Thailand’s roads are the deadliest in Southeast Asia.
Thai road users are among the worst in the world.
About 20,000 people die in road accidents each year, or about 56 deaths a day.
During special holidays like Thailand New Year celebrations (called Songkran) every year (normally) more than 3,000 road accidents occur with around 400 casualties.
Many reasons can be mentioned for these extreme numbers:
Speeding, drunk driving, poor road surfaces, insufficient road safety equipment, slopes, warning signs, teenage drivers, poor driving training, bad weather, reckless driving, and so on. 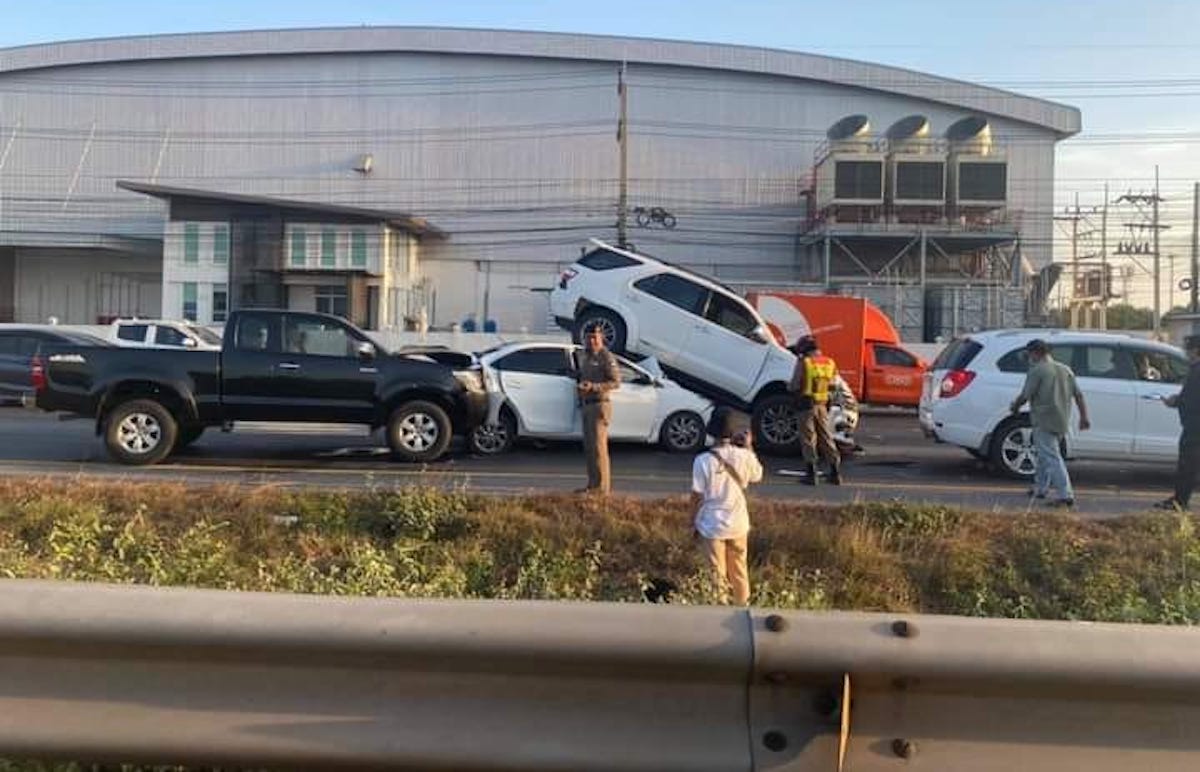 “Go with the flow” is our advice if you decide to participate.
And… Remain a gentleman in traffic.
In Thailand, it is very unusual to honk your car horn.
Or worse, to make a middle finger gesture.
These are clear signs of anger and frustration which could be regarded as a general insult.
…And you do NOT want to insult a Thai person.

So, behave in traffic and stay safe, or stay home. 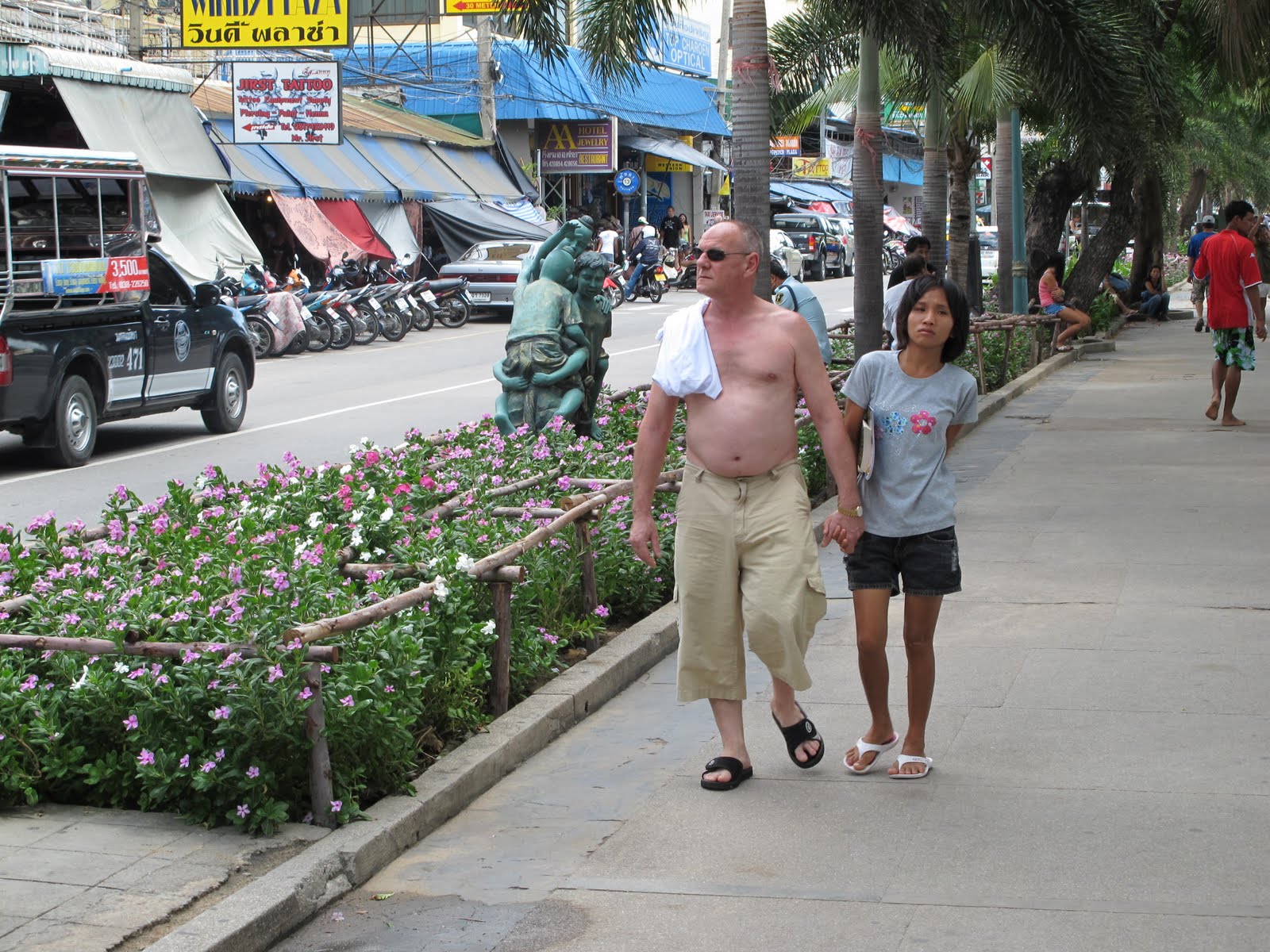 Dress to impress.
No matter if you have a 6-pack or 1-pack, you stay in the city or you reside near the beach.
Drive a car, buying groceries, or mow the lawn.
One should wear “decent” clothes to cover up your body.
It is a clear sign of disrespect in the eyes of Thai people (shy by nature) to show off your body in public.
Even when Thais enjoy a day at the beach, did you ever notice they often keep shirts on? 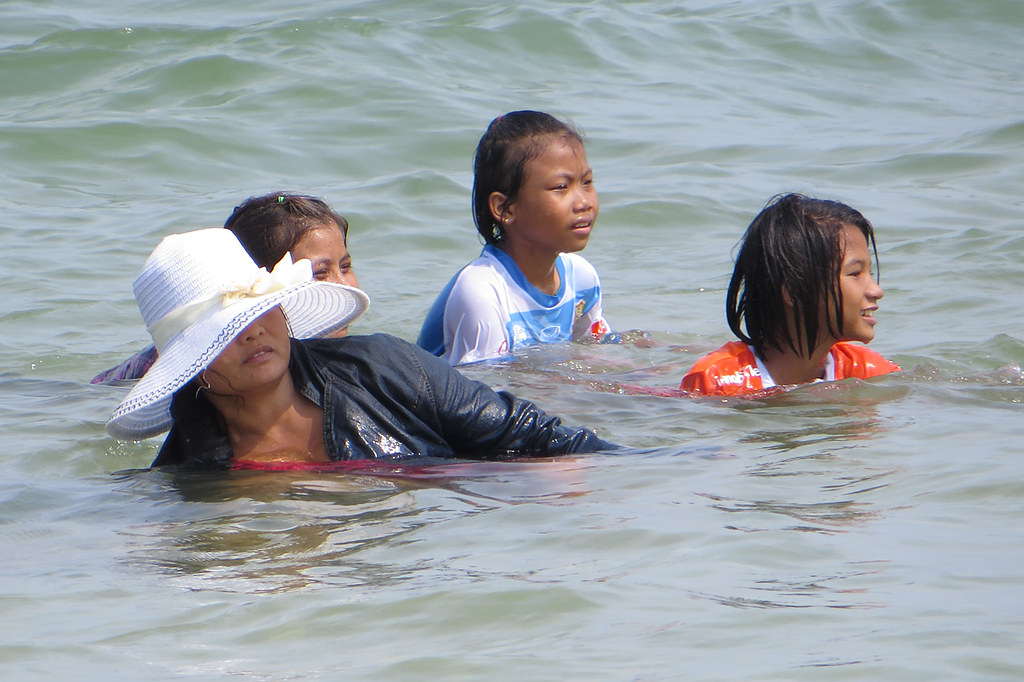 Common sense (for most) is to dress respectfully when you go to visit a temple, but why should I dress up when I pop over to a 7-Eleven to fetch a drink while I am on the beach?
Well, because the general public expects this from you.
Did you know that under Thai law, it’s also illegal to drive a car if you are not wearing a shirt?
Well, you know now. 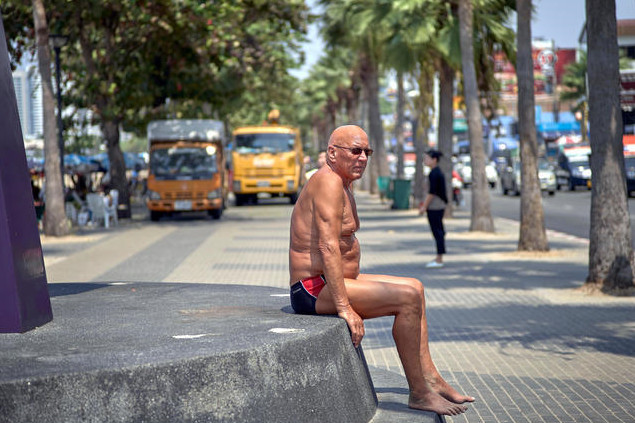 Topless on the beach? Well, Thailand is a Buddhist society, and Boobs & Buddha do not mix well nowadays. However, in the course of Siamese history, a time span of roughly 3,000 years, female boobs were not an issue: Bare-breasted Siamese women in public were rooted in their culture and history.
It has only been the last 125 years or so that female boobs have been covered.
Things started changing around the mid-19th Century.
That is when White colonialists from England, Holland, and France started showing up in the Siamese Kingdom. 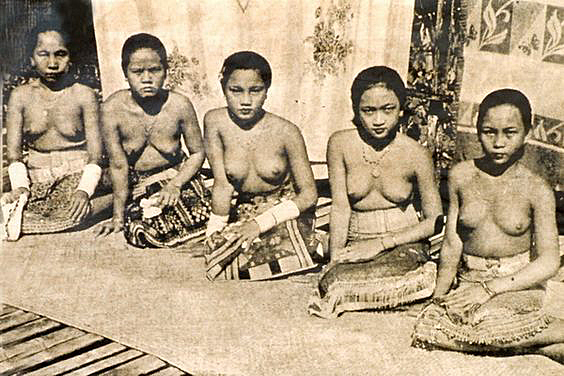 The expression on their faces, when confronted with half-naked Thai women, displeased the Siamese rulers. They wanted Europeans to respect them and did not want their culture to be judged immoral.
They had to make deals with these colonialists, and so the Siamese Royal Court began to encourage women to cover their breasts. It still took decades to accomplish this fashion change as women in rural Thailand persisted in going topless in public even as late as the 1920s-1930s. 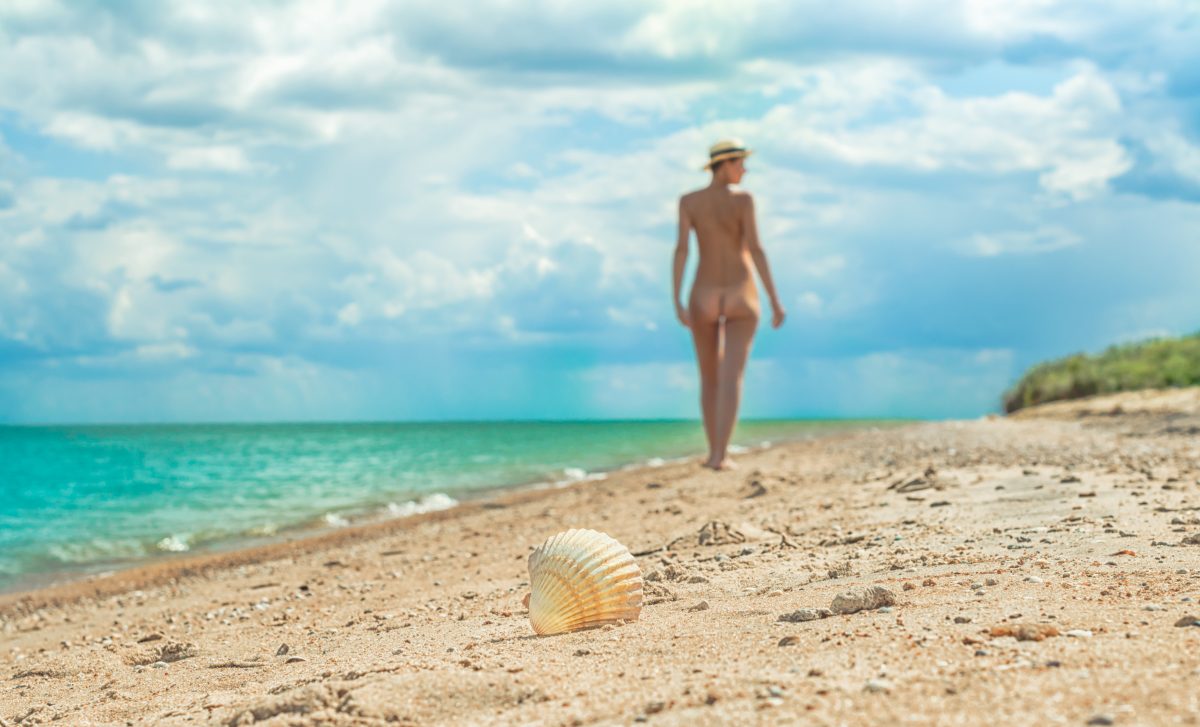 Kind of related; nude beaches in Thailand.
Not very well known. Few “private” resorts on the bounty islands of Phuket and Samui feature a nudist beach. But as soon as you want to leave the beach for a drink or a bite to eat, you are expected to “behave again” and wear some clothes to cover your privates.

The red license plates.
There is this obsolete law in Thailand, which appears to belong in the Flintstone age, that a new car comes with a temporary red license plate. This red plate stays on the car until full vehicle registration has been done (tax and stuff) and a white plate is issued.
During this period (for up to 30 days) the car owner can only drive his vehicle during the daytime, you will need to seek permission from authorities if you want to use the car at night or if you want to drive it out of your own province. These cars are not allowed to use the expressways. Drivers of cars with red plates must be sure they have all car-related documents, a proper driving license, and ID cards, ready for checks always. What a waste of time.
In 2018 the director-general of the Land Transport Department said a draft law will be implemented so that all new vehicles must have been registered to have normal license plates before they can be driven.
To date, this has not happened.
Why? Perhaps because a red license plate shows that one is driving a brand-new car.
And that looks good, doesn’t it? 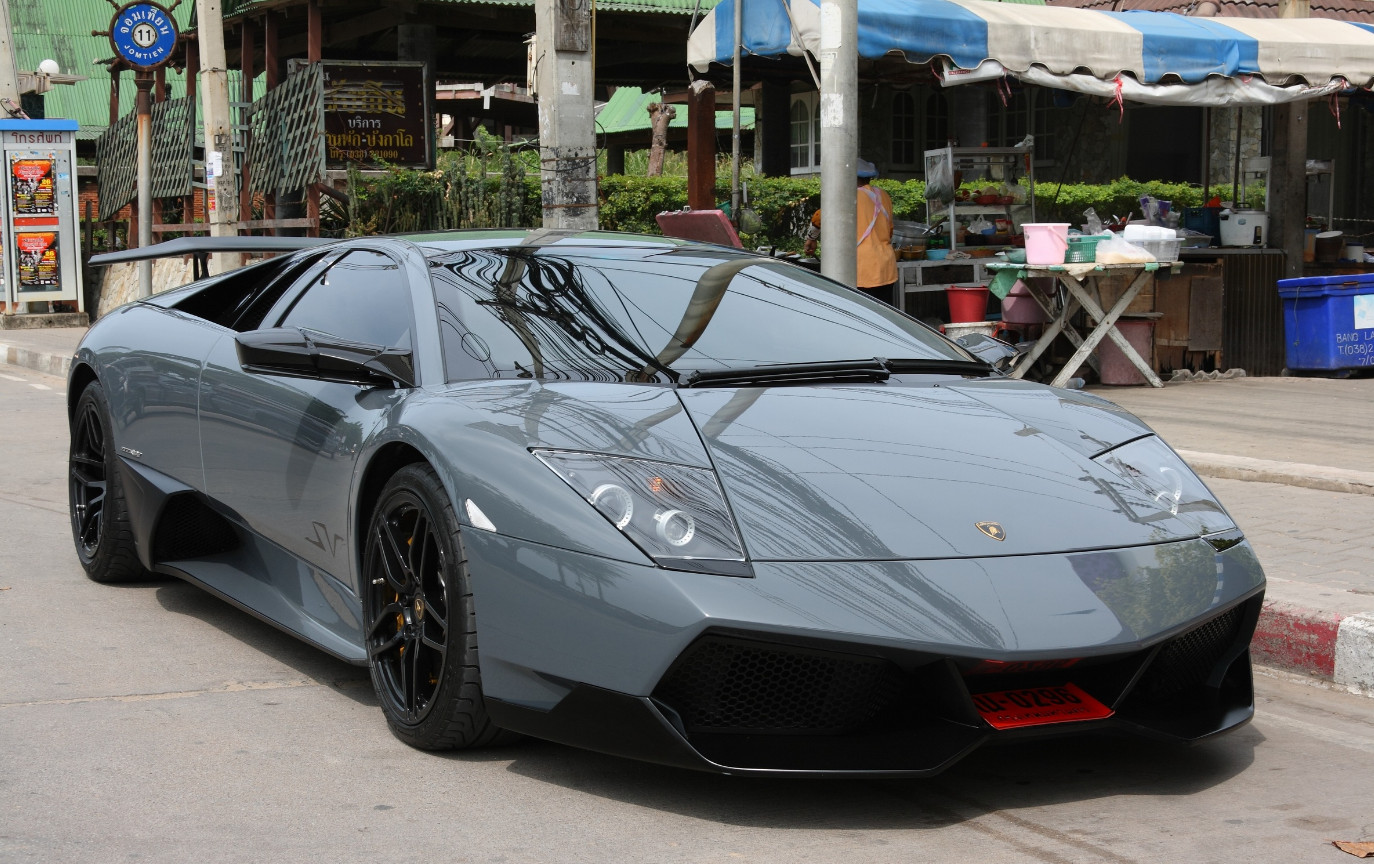 Did you ever wonder where all these super-cars with red plates come from?
These Bentleys, Rolls Royce’s, Lamborghini’s, Maserati’s, and so on?
Overnight Bitcoin millionaires? Born with a silver spoon attached? Sold out, landowners?
Keep wondering because we do not know either.
Mind you: These monster vehicles are taxed 300%, so you must be a real admirer.

Let us go shopping!
Happy holidays in Thailand. The land of smiles with superb weather and even better food!
While you are enjoying your resort bungalow in the sun, it is time to stock up the fridge!
What is on your groceries list?
Some cheese, few good bottles of wine, salami, some Parma ham olives, walnut, and cashew nuts to complete your tapas platter… Another bottle of sun-blocker and the list goes on.
And so does the teller at the cashier.

I thought we were in Thailand, John? Can you grab the currency converter once more?
There must be a mistake?

No there is no mistake. Import duties in Thailand are insane.
Import duty, special duty, excise tax, interior tax, VAT, and the list goes on.
Your average bottle of wine will be some 3 times more expensive here in Thailand than at home.
So be aware.

And we can only hope that you bought your wine anywhere between 11:00 – 14:00 and 17:00 until midnight at stores and supermarkets. These times were introduced by the Prime Minister’s Office in 2015 and apply countrywide. Why?
To prevent high school students from buying alcohol between 2 and 5 PM. 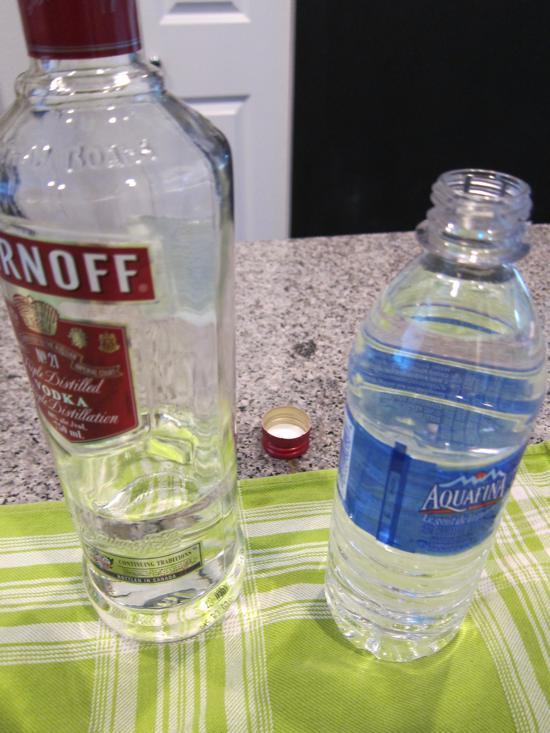 Body language.
We are used to shaking hands while greeting.
Thais are not and may feel uncomfortable engaging in this very western greeting.
So, it is not done.

In Thailand, the head is considered sacred. The cleanest part of the body.
So, do not touch it unless you take a haircut. 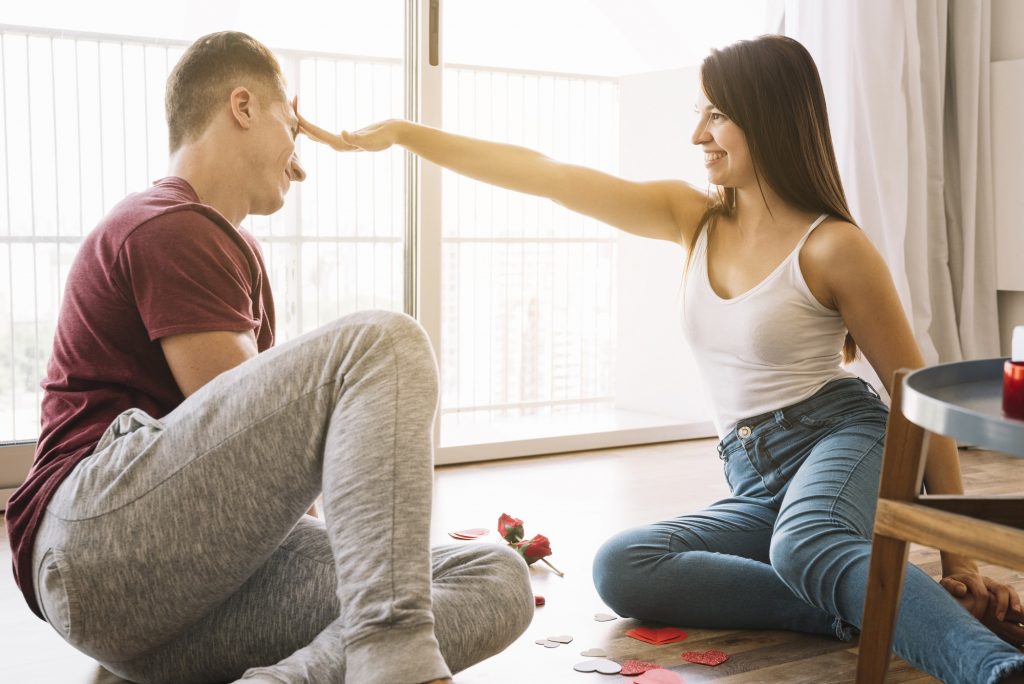 No matter how much you love her: Kissing in public is a no-no.
Men and women do not hold hands in public, let alone kissing.
Instead, Thais smelled each other’s cheeks. Haha…
Do not get passionate, because any meaningful, heartfelt way of touching, other than a casual touch, is not okay. Do not place your feet on the table while seated. Do not point to people or things with your feet, and certainly do not touch anyone with your feet. Your feet are considered the dirtiest part of your body, shoes even more so.

Do not raise your voice or lose your temper. It is not polite. Stay cool at heart “chai yen yen”.

We must admit that the new generation Thais are less traditional than their ancestors.
Things loosen up.

This brings us to the next topic:

Prostitution.
Technically, prostitution by law is prohibited. (Prevention and Suppression of Prostitution Act)
In the early days (the 1300s to mid-1770s) prostitution was legal and even taxed by the government.
During World War II, the Japanese occupation popularized sex massage parlors, and in the Vietnam war during the 1960s and 1970s, Thailand was used for R&R (rest and recreation) for U.S. military servicemen which led to the growth of the sex industry in the cities. 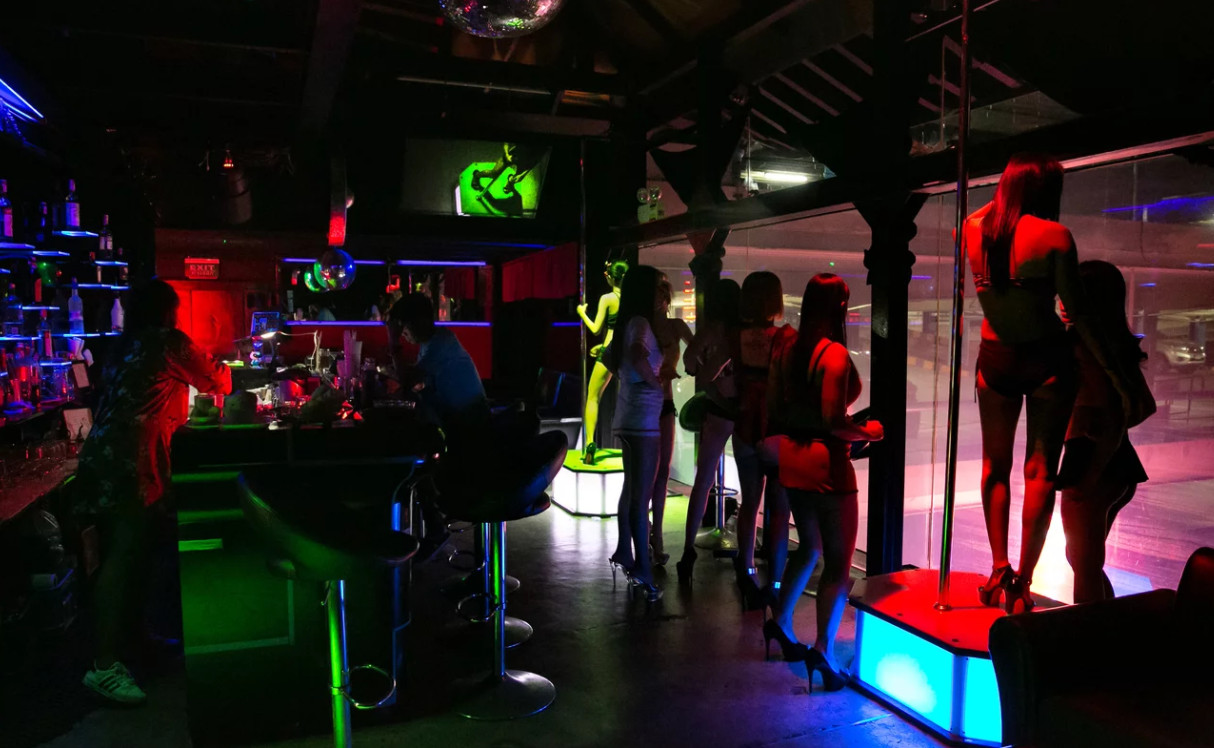 With many sex workers (estimated some 120,000) in the industry, voices are heard to decriminalize this industry. A striking gulf between the law and reality illustrates the need to amend the laws and decriminalize the sex trade. Time will tell. 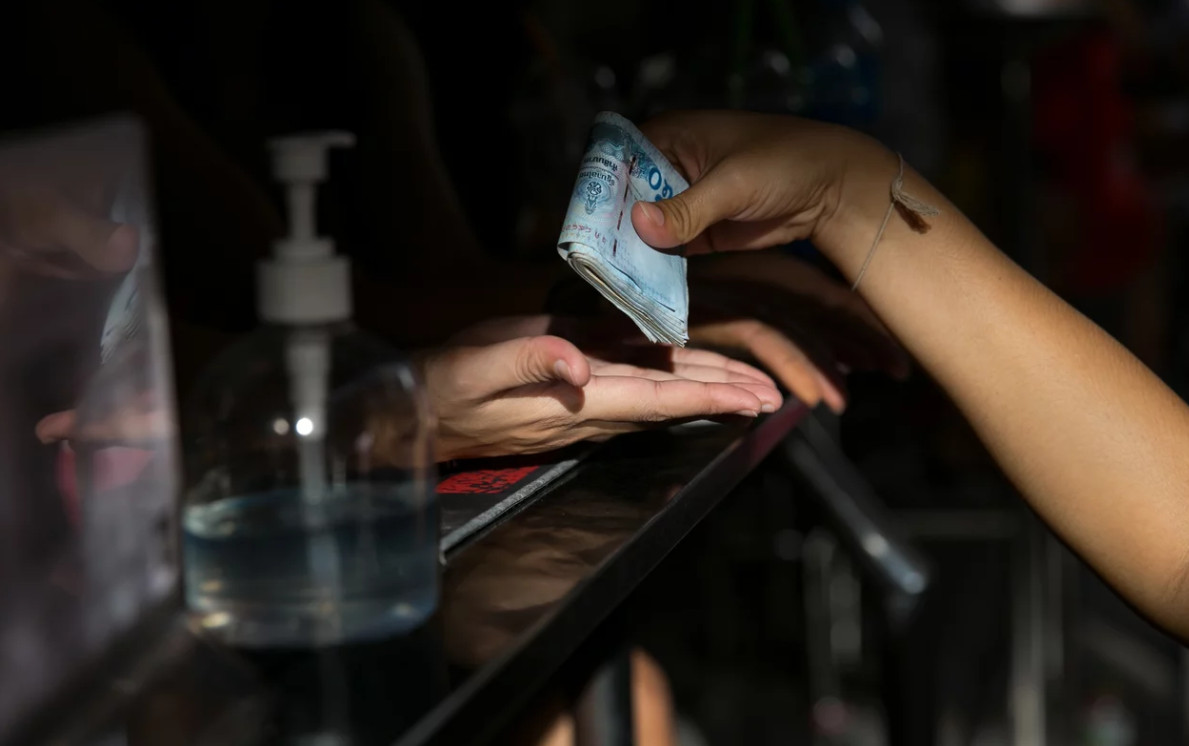 We roll over to the next topic:

Tie the knot. And then?
So you married this Thai lady who was older than 17 otherwise you break the law.
Happily ever after, yes?
Did you know that Thai lovers and couples have been identified as the world’s most unfaithful?
A well-known UK-based condom maker conducted a survey of 29,000 people in 36 countries.
Although strong denials, 59 percent of Thai women reportedly admitted to infidelity whereas Asian men were the most promiscuous in the world. On another note: It is often thought that Thai men can have a concubine (co-wife).
Well, the strict legal situation is that a man can only have one wife.
Yet, the Thai tradition of multiple wives still continues among different levels in Thai society.
Those minor wives are all called “mia noi”.

It is a bit of a gamble, which is the next topic:

Roll the dice.
In February 2016, a group of 32 elderly foreigners (aged between 50 and 84) were arrested in Pattaya during their bridge club gathering. Not that they were playing for money, but they were held for possessing too many unregistered playing cards. (It is illegal for individuals to possess more than 120 playing cards in Thailand) 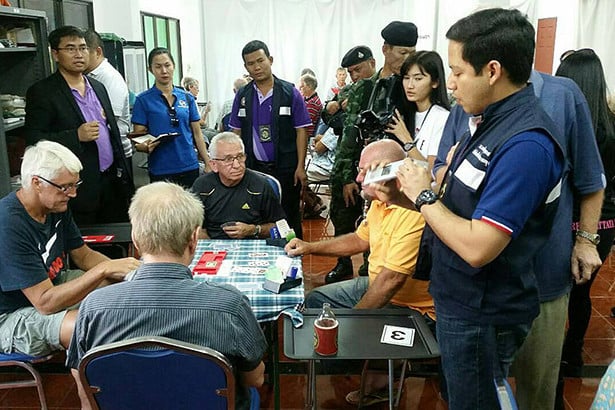 Since 1930, the gambling act was first passed, and gambling was prohibited in Thai society.
It would be harmful to psychological and physical health.
Addicts may experience distress, intestinal disorders, depression, migraines, and other anxiety-related problems. In 1935 the gambling act made all betting activities illegal in Thailand. 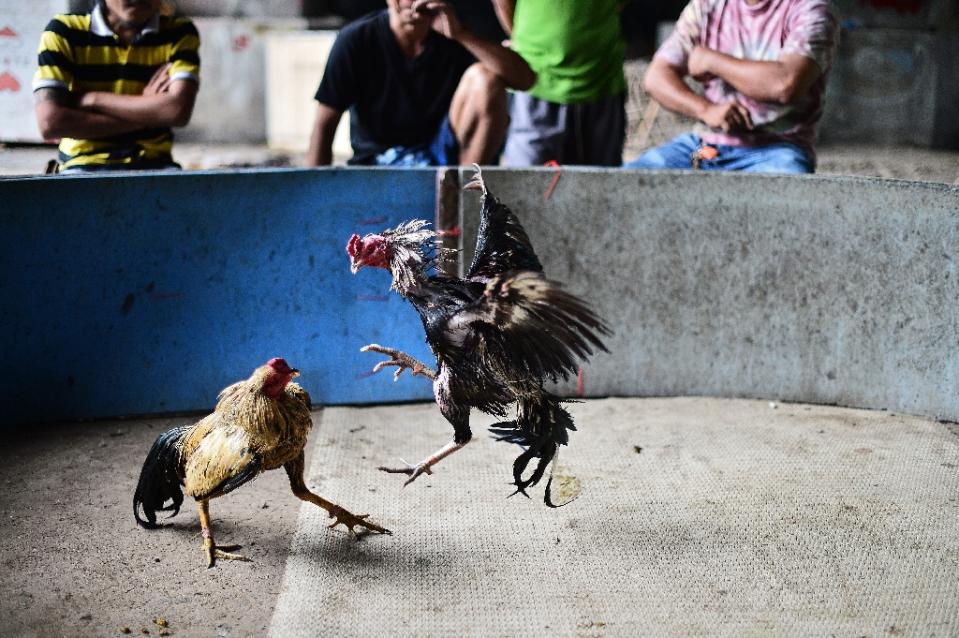 Do we wonder how come cockfights are still so popular in Thailand?

Do I need a lawyer to buy a house or condo in Pattaya Thailand?

Condos for sale in Pattaya and Jomtien: The COVID-bargains!